Since lock-down started there has been a distinct lack on human interaction. Sure, I have still been working and at times harder than I have for a long time. Yet the lack of chat away from work was lacking until I found Twitch.

For those that don’t know, Twitch is a streaming platform born out of games. Here you can stream your efforts at playing the latest AAA game to that small indie game you got for 29p on GOG or even just watching old tv show. It doesn’t matter. Here everyone is welcome to play games or not.

I always thought, “who wants to watch someone play games”. I will admit there are times when I have found it useful to know that I had to move that rock to access the control panel which moved that door so the robot was now free. Yet to watch them play over and over boring

These thoughts were based on YouTube though. where game videos are edited together to create a narrative for the viewer. Watch as they try and go through Minecraft on the hardest setting without dying or speed run Sonic the hedgehog. For me it never seemed interesting.

Then when I found Twitch it was very different. Here was a live human being talking to their viewers as they played. You could ask questions about the game or of them generally. The act of streaming became way more interactive then before. It wasn’t a narrative driven short video it was an expression of the streamer.

Here personalities are born, with some earning vast sums of money for being them. These are the people I don’t care about. There is no interaction here with 50,000 people watching and commenting. There is no connection to that flash git on the screen.

What I do care about that person with 100 followers who is making wise cracks as they battle the rugged mountains in their overweight truck or the person who is “just chatting” with their followers or someone mixing music live enabling you can make requests. You become part of their story and can offer help, jokes and interaction to your day.

There has been one streamer who I found on there one night doing a very wonky Eurovison, as Terry Wogan. Cracking jokes as old Tel would and some he wouldn’t be allowed to do. It’s only when I returned a few days later did I recognise the face.  This was Terry Mynott. I know a lot of people will say who, but you can google him here.

So far in the couple of months that I have followed, he has built up quite the cult but more importantly has helped other discover their streaming talents. There are now 4 or 5 other people who have started to stream either directly or indirectly with his help and reach. (by reach I mean number of followers) 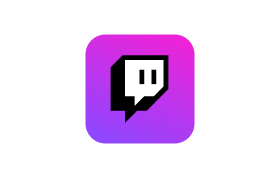 This has got me thinking, could I do the same? Well I have dabbled but I am just not sure I have the USP of some of the others. My average viewer count is 0.3 with zero typed messages. So, there is very little interaction and without this, what do you do or say? I mean I could waffle on about this or that but do people want that? Even if they don’t does it matter?

It’s something I have toyed with and my get around to doing soon properly. I mean some of the people on there are absolutely bonkers.

We shall see how my streaming attempts go. For now, though I shall sit back, watch and type as this is the best I am probably going to get for human interaction for a long while yet.